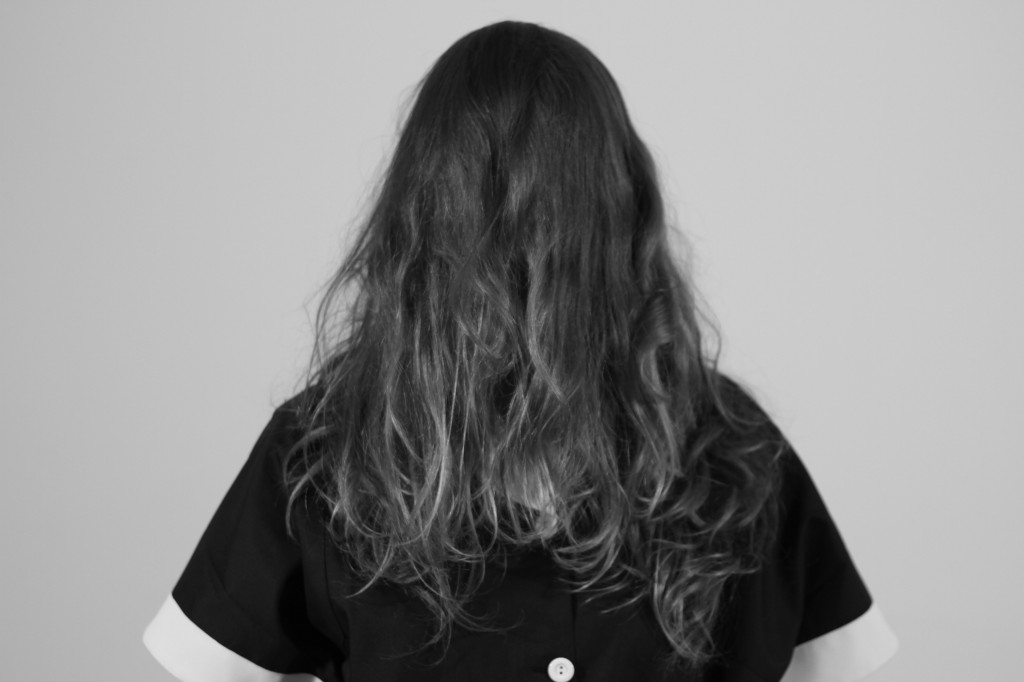 When you start listening It takes one to know one, you don’t really understand what’s the nature of this piece: is it a narration? Is it a confession? Can you briefly introduce this project?
In my opinion, it is a narration. It is a text written by Lydia Lunch in February 2011. It was one of a series of writings inspired by the Dominique Strauss-Kahn scandal that the French writer and film director Virginie Despentes had commissioned to a group of women authors. It was recorded as an audio track for “Yo no estuve aquí” (I Was Not Here), a solo show I had in 2011 in Barcelona.

How was this collaboration with Lydia Lunch born? Which are the reasons that prompted you to work with this polyhedric figure?
It was born during the “Yo no estuve aqui” process, which was an intervention/installation that i made for the Cultural Space of Caja Madrid in Barcelona; it was part of the “Audiencias Cardinales” (Cardinal Audiences) series and it was commissioned by the curator Alex Brahim. I was searching for a writing which would properly accompany a specific image I had prepared. Both would form a take-away poster piece, (text at one side and the image at the other side). Alex, curator of the exhibition and a friend of Lydia, told me about her writing, which she recited to him at a dinner table. After reading it I found appropriate, and I asked for her collaboration to include the text and its Spanish translation as the back of the image in the take-away piece, as well as for recording it as a Spoken Word by the author herself. The sound track would be available to listen to by headphones at the hall, right across the column of the printed piece, as part of the whole installation.

Your art relies on different supports: video, photo, installations, performance. Why did you choose to work only with the voice in this specific project?
This piece is one of a set which formed a full installation. It was conceived as a spatial intervention and included videos, audio, photos, texts, and objects. Presenting this only piece at the Festival Helicotrema can be seen as an isolation exercise when facing the rest of the pieces of “Yo no estuve aqui”. But it is also a very bold and potentially autonomous work. Indeed it is like returning to its specific starting point: a “found” text, dramatized with an attitude and an atmosphere to turn it into an audio recording.

In your opinion, what makes the sound a powerful medium?
It is the melting place that it occupies that happens to be so appealing, its simultaneous combination of elements: it is time that is passing, it is a dialogue, it provides a big area for imagination and for possibilities of interpretation, it interferes the spaces and can even transform them, among other things… 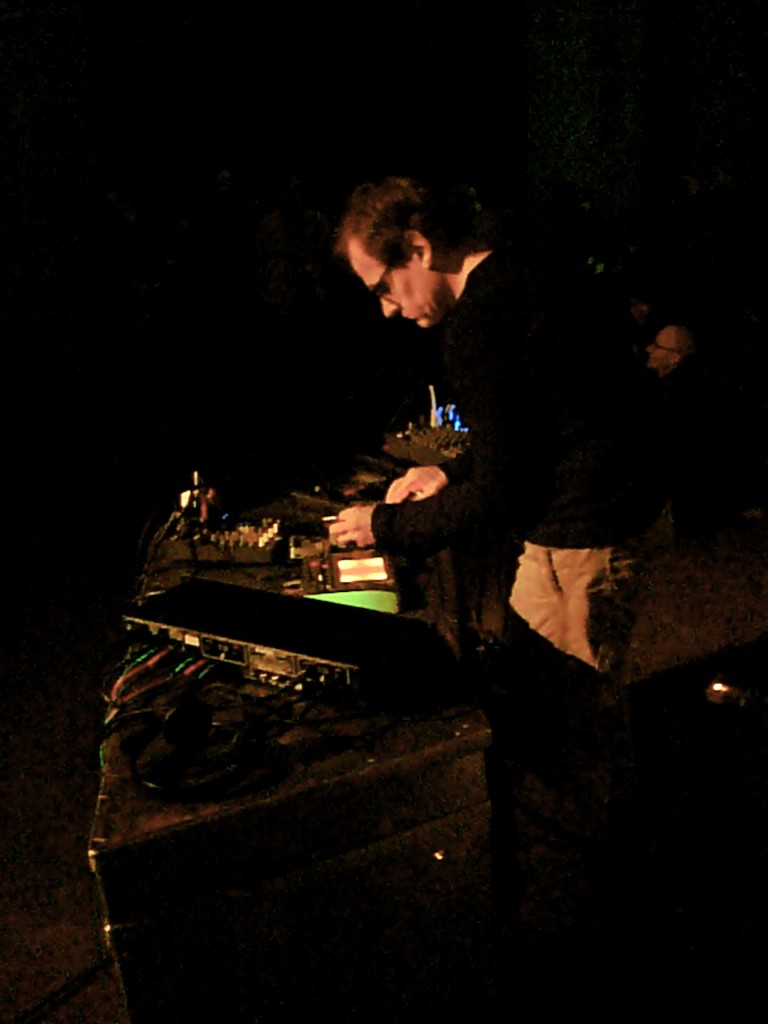 Can you talk about the genesis of the new work you will present during Helicotrema?

Blast-off is a kind of abstract travel diary. It is based on the airport recordings that I have recorded at my travels. Occasionally the environmental sounds are recognizable in this work, but usually the sound material is so transformed and alienated that it is not possible to hear the origin of the sound source. I have manipulated the recordings with a granular synthesis softwares. To me it is important that I use environmental sources in my work, as these give me that kind of sonic textures that I am interested in.

When presenting your pieces, what is the listening situation you prefer?

Concert, radio, internet, mobile phone… all are possible situations to me. Especially that kind of concerts are interesting where the surrounding environmental sounds melt together with my work.

How did it all begin? When did you start working with sound, and who were your references?

I have a long history as a musician and composer. 1980s and after Jimi Hendrix, Mahavishnu Orchestra and jazz I started to look to the direction of Pierre Schaeffer, R. Murray Schafer, Francois-Bernard Mache, and avant-garde music. It was not until 1990′s when I turned to environmental sounds and focused entirely on electronic music and sound art. 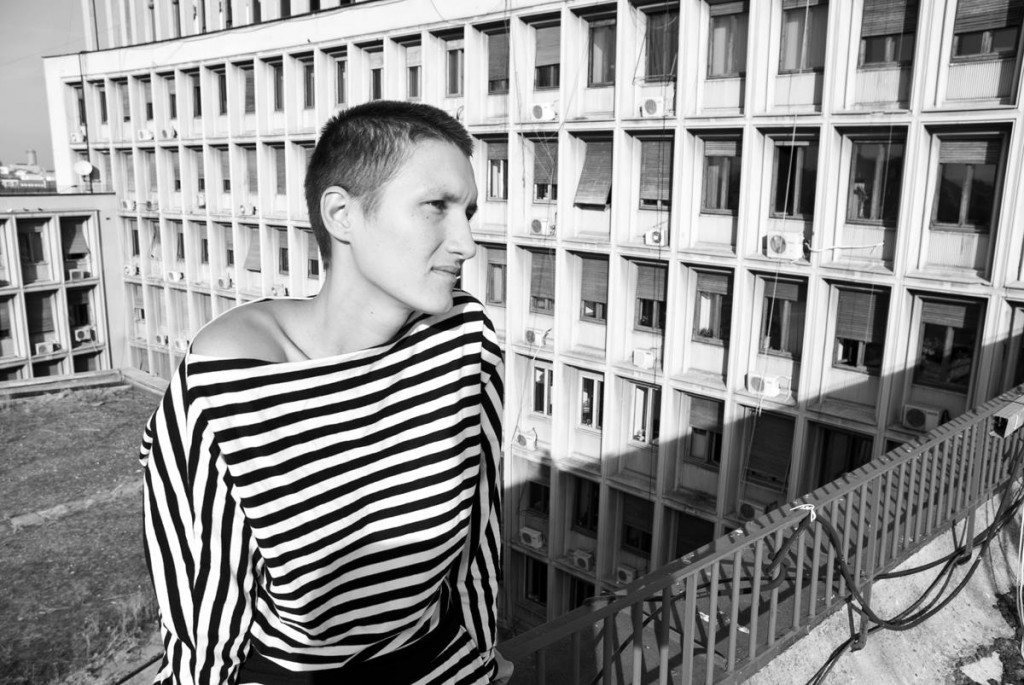 ‘La madeleine sonore’, the piece you will present during Helicotrema, can be described as a mix between a soundscape, a poem, a hypnosis session and an essay about sound itself. Can you talk about it, and about its process of creation?
This piece was done for a project of the French Institute in Bucharest (Le cri de paysage) and the title comes from the poet Svetlana Carstean. It was a collaborative process and I worked together with Nicolas Triboi (who’s a French landscape-artist) and with my brother, Mihai Balabas (who’s also a musician). Nicolas did some recordings – in the village where he lives, in places like Rosia Montana, in different aural parts of Bucharest. I was inspired by Nicolas’s understanding of the sound-recordings, by the specific naturalist and poetic atmosphere he transmitted me while I first listened to his sounds. I kept in the piece his voice saying “a village without animals, but with hammers” – it was describing something you couldn’t actually hear, but had a very precise emotional and social meaning. To the mix I added some of my own recordings done during soundwalks or just like that – for example, a carol for the New Year played with a megaphone in my neighborhood. I felt the need to have also the idea of music inside the piece and I asked Mihai to play his guitar in his own specific way – very ambiental, deep listening, psychedelic, like the voice of the unconscious. I spent a couple of weeks listening to all sounds, cutting, mixing, making a sense out of them, a personal sound-language. The final structure and the text came very natural, without any plan. It was performed live and only afterwards I recorded my voice at home, not knowing exactly what for, but just searching for a form of memory.

The text is in second person. Who are you talking to?
I have no reasonable idea why I did this… To give a sort of an explanation – maybe I am addressing to the ones that step inside this aural world and need a guiding voice. A storyteller. I tried to describe one of the possibilities to experience the symbolic meaning of this form of perception.

Where were the external sounds recorded?
The recordings where done in a small village in Romania (Lunca Gartii), in other localities like Campulung Muscel and Rosia Montana, in Bucharest (streets, parks, trams combined with an old folk song about the rain, train station, sax player in the street, carols, people talking). It’s not a coherent map, but one that plays with significant sound-phrases, trying to guide the attention of the audience to the small gestures of the aural world in which we live.

In the text, at some point you mention a “hearing hygiene ritual”. Can you say something about it?
Maybe it’s because we don’t hear ourselves so clear… Confronted with the invasion of TV, radio, cultural traditions, commercial language etc, the personal voice (even self-tonality) remains most of the time hidden under the “common voice and gestures” of the society. What’s worse is that we are not even conscious of this permanent mask we wear. That’s why I thought of a ritual – one can put aside many of the habits that become dirt, consumption, commodities assigned to the pure sense of hearing and, with this “cleaner” perception, to pay attention more to the self and to the sounds provoked or heard. If you want, it’s the way I work with my own perception.

Could you say something about you? How would you define your work?
I am preoccupied with some states of the soul that cannot be otherwise expressed but through sound. I’m trying to find the balance between my own personality, the world I was born in, the social situation that surrounds me. I am still searching. My work deepen as time goes by and I have the feeling that the elements that will define my life experience, will become clear and clear on the way.

When did you start working with sound, and who were your references?
I started to be preoccupied by the field recordings and sound-collages while I was in Germany, for a scholarship, in 2006-7. So, since then, I developed my activity in many directions – as a live performer in the improvised music group Avant’n’Gard, as a sound-artist and soundwalk organizer. I am also a journalist, working for the National Cultural Radio and, as much as I can, I “infect” my journalistic work with the experience from the artistic world. I had so few influences at the beginning and maybe this is why I fell in love with the sound-world: I was overwhelmed with an immense freedom, no rules behind me, a totally free, intuitive even naïve perception. I remember a good friend of mine introduced me to Otomo Yoshihide, Luc Ferrari, People like us, Heiner Goebbels. I had studies of contemporary music, but only living in a society that was deeply preoccupied with those subjects I understood it’s meaning and it’s reality. Now, I am a member of the Ars Acustica group affiliated EBU, I take part actively in the building of the Romanian experimental sound scene etc.

What are you working on, at the moment?
I read about myths, mythology, fairy tales and hopefully I’ll make something out of my experience and those lectures. In the while, I perform with Avant’n’Gard and we prepare a new release, after the Untempered carols we did last year, a live improvised interpretation of an absurd text by Urmuz, together with two French artists. And, if you’ll be in Bucharest, let me introduce the city to you through a soundwalk. 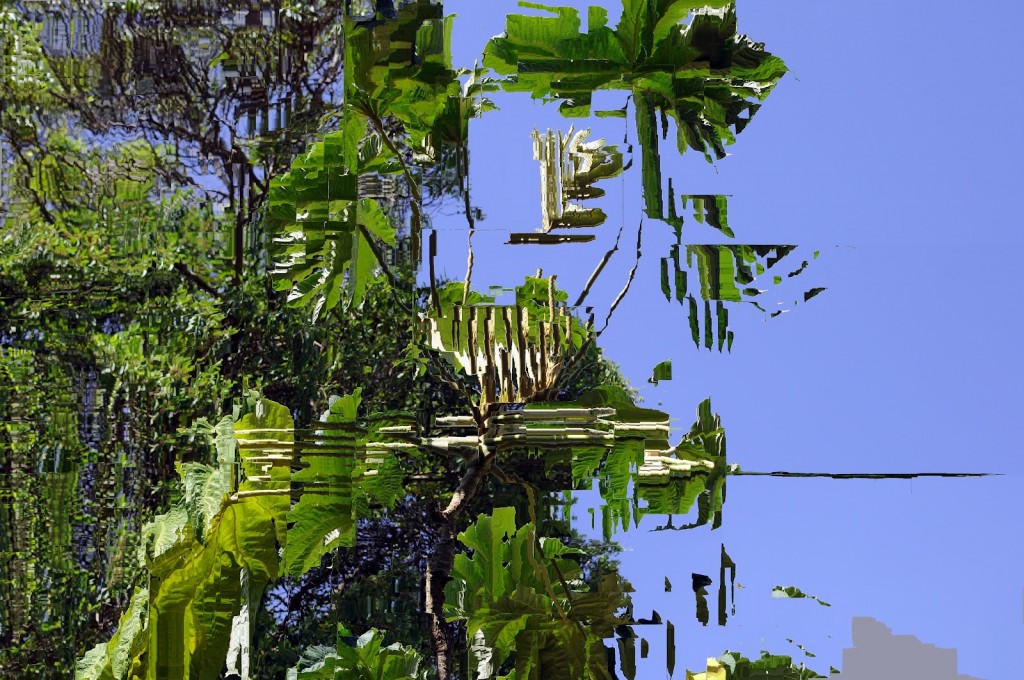 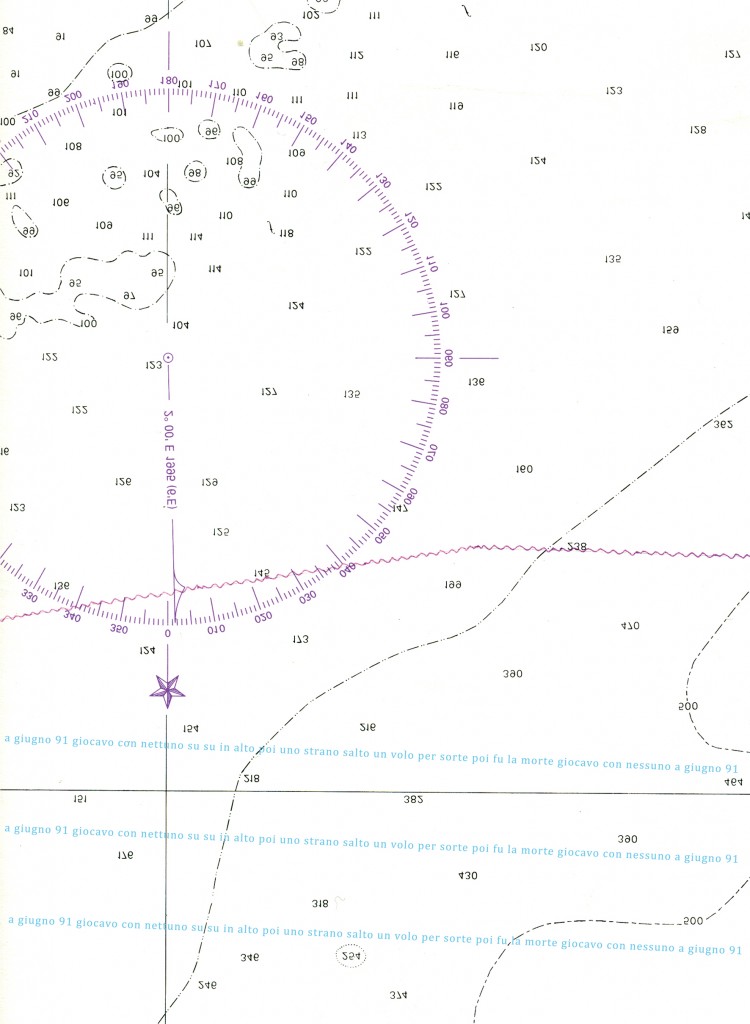 Can you briefly introduce The Playground, the sound piece you will present during Helicotrema?
The Playground is a guided improvisation: I invited eleven teenage girls to sing a nursery rhyme I composed.
The work evokes a memory a memory of my childhood as a sailor. At that time, I used to climb the scaffolds surrounding a closed and unapproachable theatre. At the base of the theatre, the piers of the sailing circle I used to attend. The theatre is the place where the girls performed and the story is set in 1991, in order to connect my personal memory with the general atmosphere of that crucial year.

Was there a particular reason why you chose to compose a text as a doggerel?
My starting point was a well-known nursery rhyme as “giro giro tondo”. I wanted to use that comfortable melody and manipulate it with a text you don’t expect. The irregularity of the script comes from the decision to adapt the composition to the melody. I wasn’t interested in following a rule, but in creating an easy to remember and evocative text, something that lasts in your mind and creates an echo even after you’ve listened to it.

Can you talk about the use of sound in your works?
Yesterday, I happened to listen to a radio interview with Alberto Boatto, and he was saying something like this: hearing exceeds the limits which sight has to deal with. This sentence, somehow, sums up why I’m interested in using sound.
My research investigates the relations between performance, writing and memory, and, in this sense, storytelling is one of the mediums I prefer to use. I see sound as a space. A space potentially open to welcome and originate images. Recently, I’ve also started to collaborate with orchestra conductors, and this is giving a new interesting direction to my work. But we will talk about this next time.