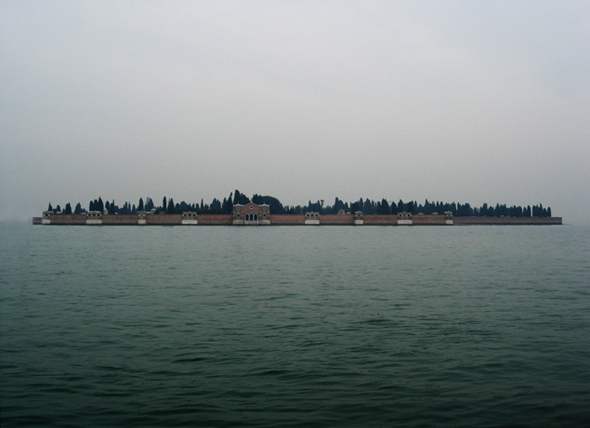 I visited the Island of The Dead in Venice on the 30st of December 2006 and made recordings of the ambience there. On some of the graves, tiny battery driven music boxes that had been placed only a few days ago. But the batteries were now running flat. This naturally caused them to play a rather disharmonic range of tones and not the melody they were supposed to play. At times they also distorted. The before so positive melody -jingle bells- now sounded rather helpless, almost like a kitsch metaphor for a fading life.